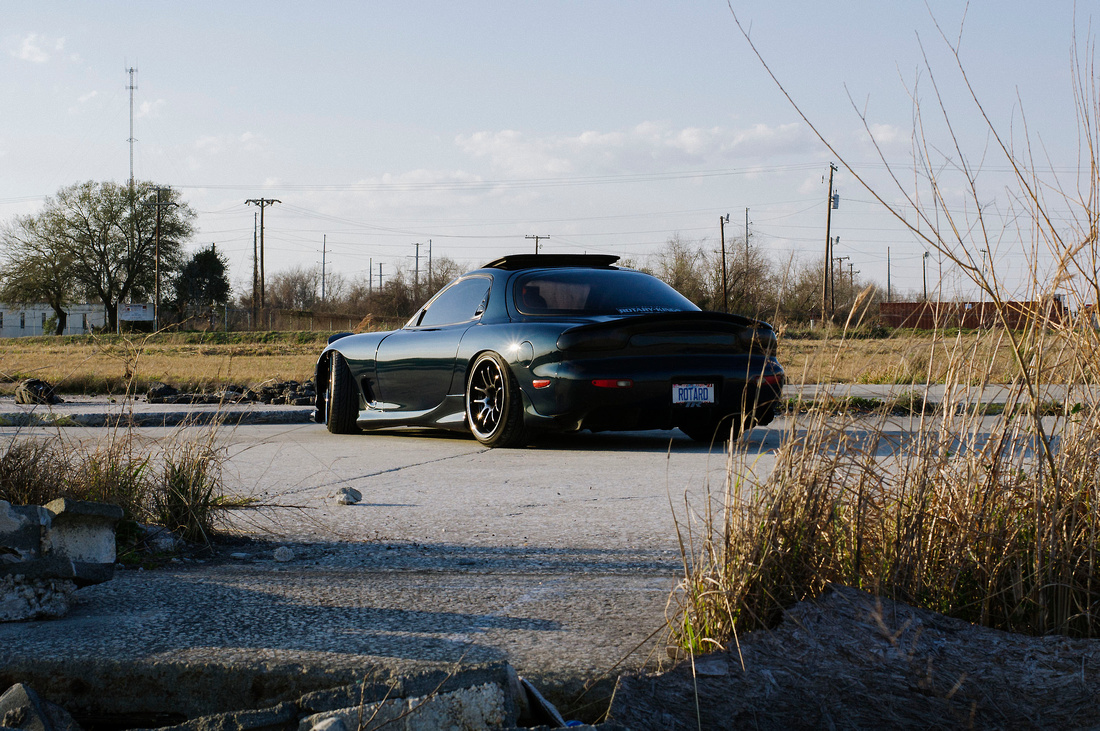 I met Nick Stentiford on a back road in Charleston one evening. We were cutting it close to sunset and rush hour traffic. I had been trying to shoot his RX-7 over a year now and I was ecstatic to finally have my opportunity. I was flattered that he seemed just as excited as I was. Stentiford has always had a love and passion for cars. "I'm not the typical 'Rotary is life' RX-7 owner. I wouldn't single out any specific make/model of car that I would confine myself to. Unless we're talking about the Dodge Neon, but that's an entirely different story for another day. I just enjoy cars, I enjoy building them, driving them, and letting them collect dust in my driveway. I'm constantly in the midst of two or three project cars and love every minute of it. Call it ADD, call it an addiction, call it stupidity- I just call it my life." 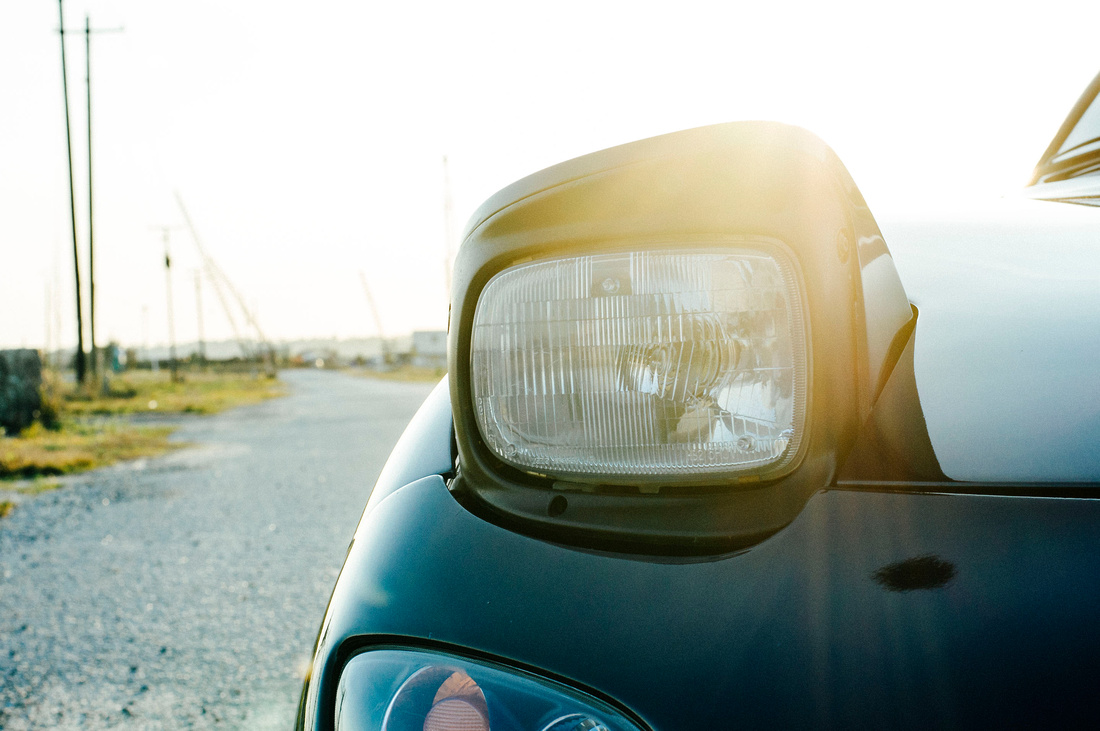 Stentiford picked up the RX-7 roughly three years ago just outside of Asheville, North Carolina. "At the time I wasn't specifically looking for an FD, I was just looking to trade my built S14 for something that caught my eye. For some reason, a relatively stock, poorly kept FD was just that car. I suppose the thought was, 'Hey, I haven't had one of these, let's give it a try.'" A few days later, Stentiford headed to North Carolina to pick up the notoriously unreliable car. The owner didn't know much about the car and the RX-7 certainly needed some love, but Stentiford was sold! "I remember taking it on a test drive and having no idea where the interior or exterior door handles were located. I spent the last half of the test drive stealthily trying to figure out how to open the damn door to get out!" Stentiford commented that on the way home he had no idea what he had gotten himself into. After arriving home at 4AM with no hiccups, he drove the rotary car into work the next morning. "I was hooked on the car and instantly began to sink money into it. When I purchased the car it was relatively stock and had a lot of body damage to it. Still pretty clean, by most standards, but not good enough for me." 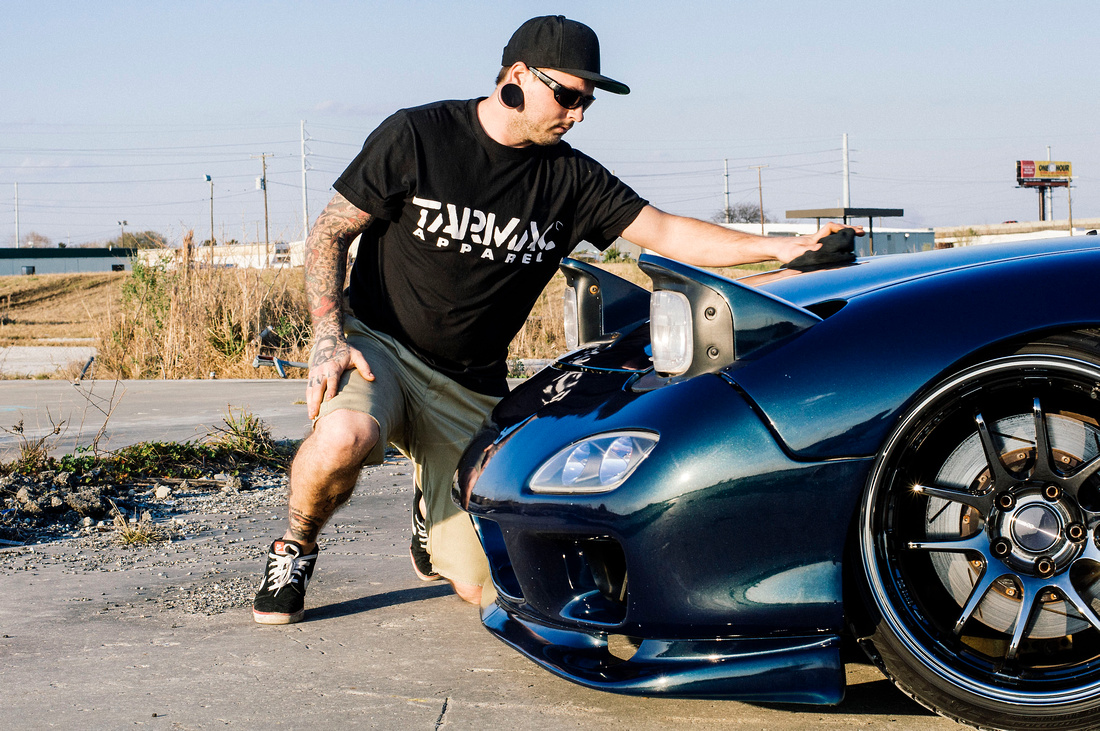 The first round of goodies were a set of Enkei RPF-1 wheels with pretty aggressive fitment. That lead to Megan Racing coilovers, Apexi Noir exhaust, 3" downpipes, Greddy front mount and an Apexi Power FC to regain some gas mileage and pick-up some power. "I was set for about a month or two then decided the twin turbos had to go in favor of a large single setup along with a lot of cleanup in the engine bay.  I ended up pulling the entire engine, that turned into taking care of body work and eventually I got in over my head. " The car sat for sometime, unfinished, and looking terrible in it's 8 different colors and not running.  Eventually, Stentiford got up off his ass and had the car painted, finished up the new turbo setup and was back on the road.  "At that time the car looked pretty close to how it does now, but with less of the higher quality go fast goodies.  I cheaped out on a 'Greddy style' turbo manifold and a 70 trim turbo from XS power with a stock ignition system.  I'll be honest, the car was surprisingly quick for how displeased I was with the setup.  I loved the car, it was fast and was looking pretty decent. " 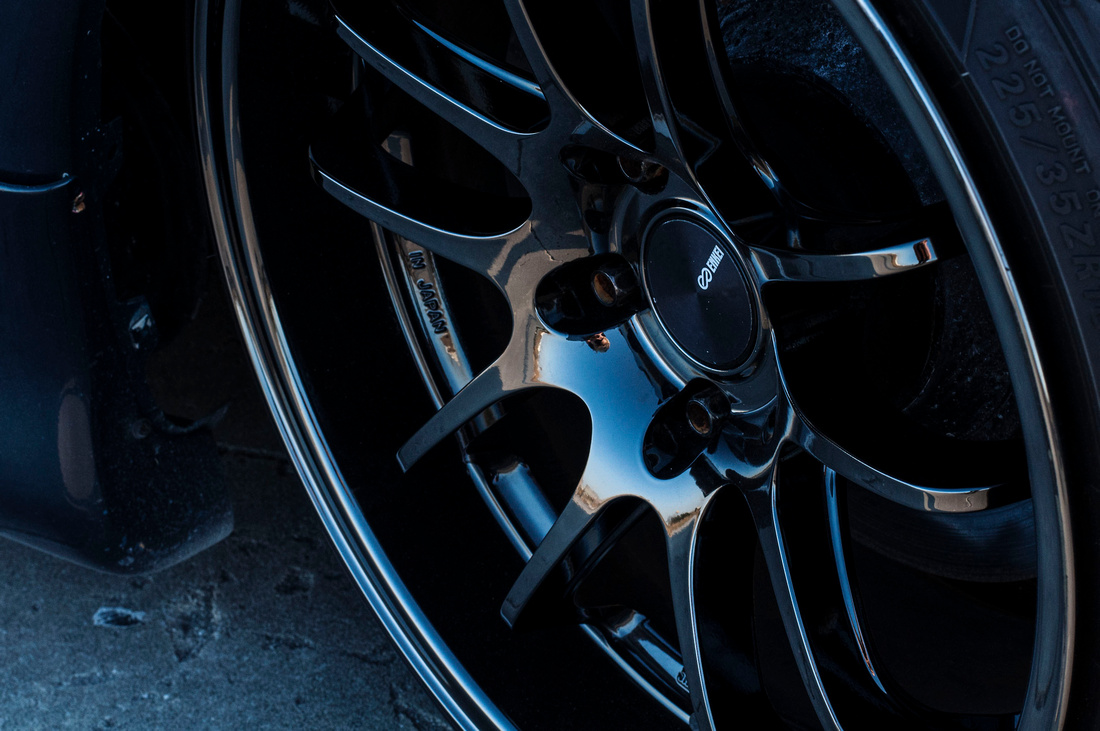 "I know you're thinking, 'How has this car not blown an apex seal? My boy says they blow apex seals all the time.'"  After Stentiford installed new AEM ignition coils, a fancy Turblown manifold, and finally getting the car right, he chewed up and spit an apex seal out of the rear rotor while sitting at idle in the driveway.  "Didn't even get to test out all the new go fast parts I just installed!  So once again the car sat for quite sometime.  Ran into a few engine issues and eventually had one rebuilt using OEM seals with Atkins coolant seals, while it was apart I had a mild street port done.  That rounds out to where the car currently sits performance wise." 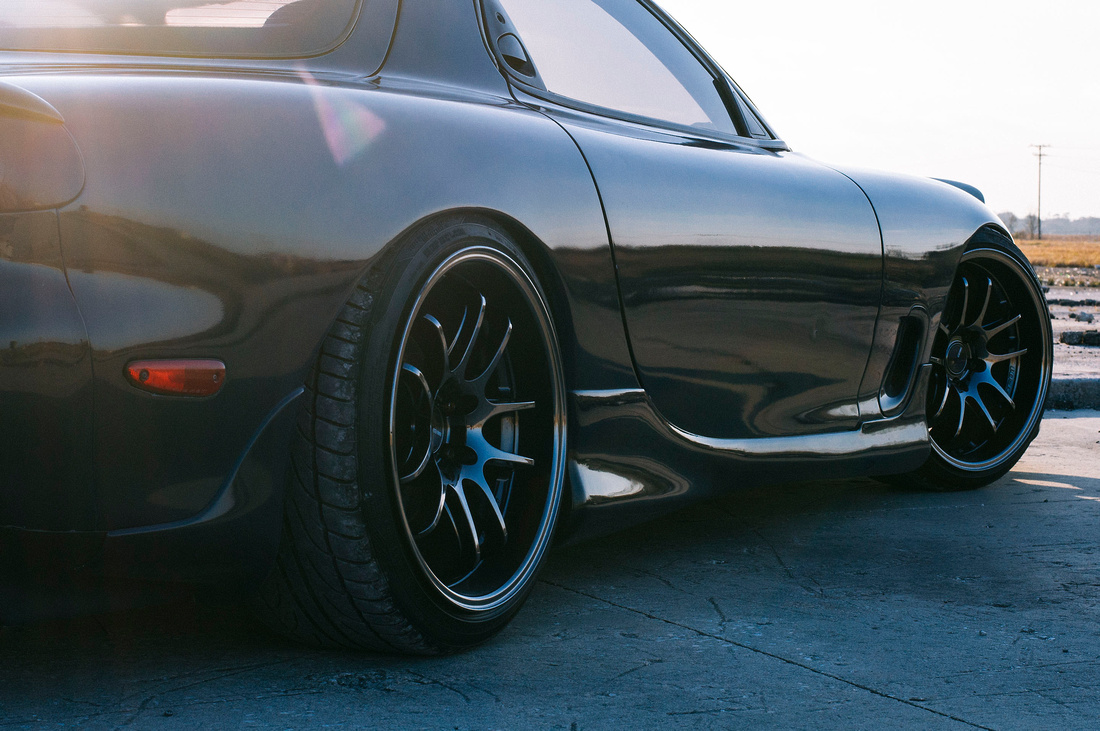 "My plans for the car are extensive on some days, other days I hate it and want it gone.  The body has alot of imperfections and I just hate the color.  I'd much prefer white, yellow, black honestly- anything besides the montego blue that it is.  Not to mention with it's age the seals & moldings of the car are more than just showing their age.  I'm also torn on keeping it clean looking or going full wide body with a huge wing.  There's just so many options for these cars and all of them look awesome.  In addition, I plan to clean up the engine bay quite a bit. I've slacked quite a bit in that department.  It needs a respray and some wire tuck action in the worst ways.  A lot of go fast shiny parts, but other than that it's 20+ year old paint and wire loom that just ruin the engine bay." 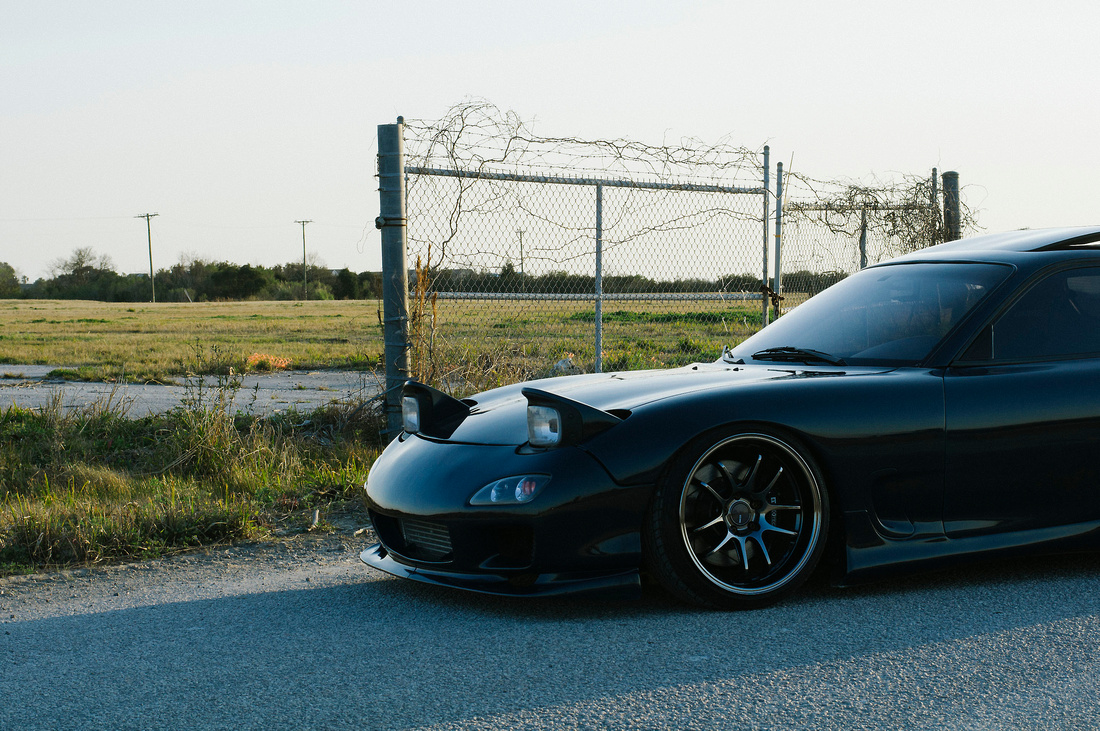 I inquired Stentiford abut his Tarmac shirt while at the shoot. I knew he worked with them and had heard the name here and there but I honestly didn't know a damn thing about the company. Tarmac Apparel is a lifestyle clothing, apparel, and media brand for the automotive lifestyle based out of Virginia. Stentiford has been with them for a little over a year now and does his best to support them and spread their name. "I love seeing car enthusiasts share their passion and that's what the guys at Tarmac do. They work a 9-5 job, just like the rest of us, and still run a growing company. If that's not a passion then I don't know what is!" If the asphalt is your playground Tarmac is your apparel; clothing built for drivers. "You will find us at shows, track events, and local meets. We are building this line for all of the car community, to be a unifying force in an often segmented community. A reminder that whether you're import or domestic, stance or tuner, built or bought- we are car lovers and we can all learn something from each other and work together to grow our passion." 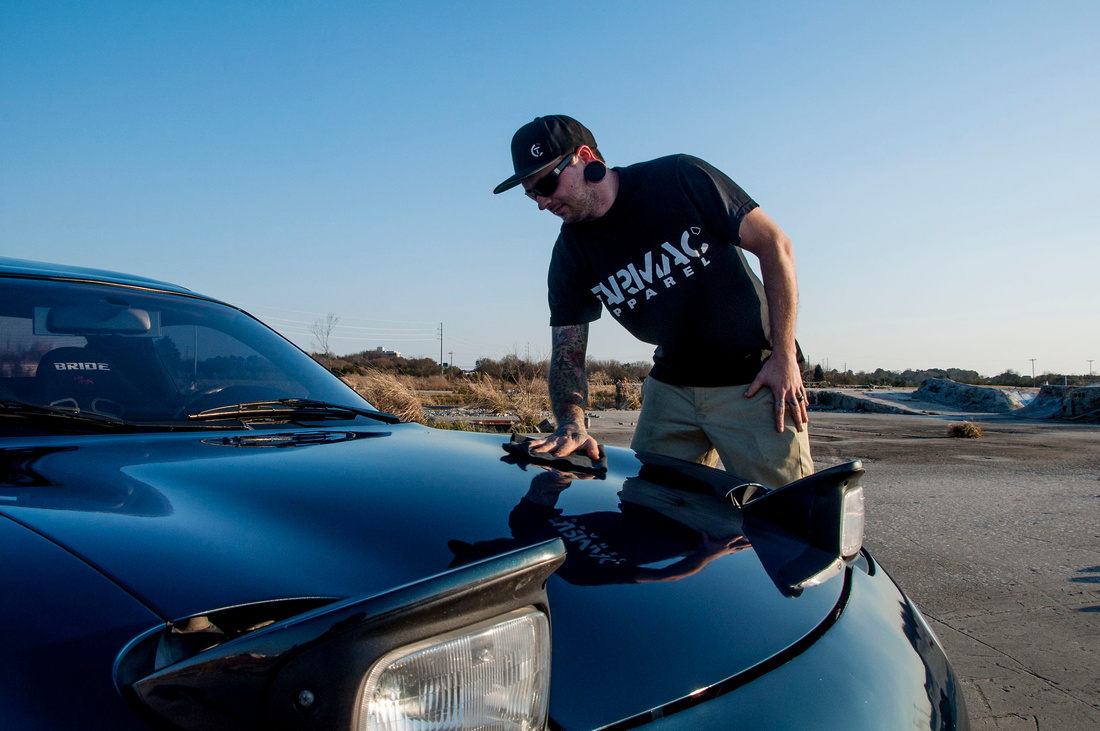 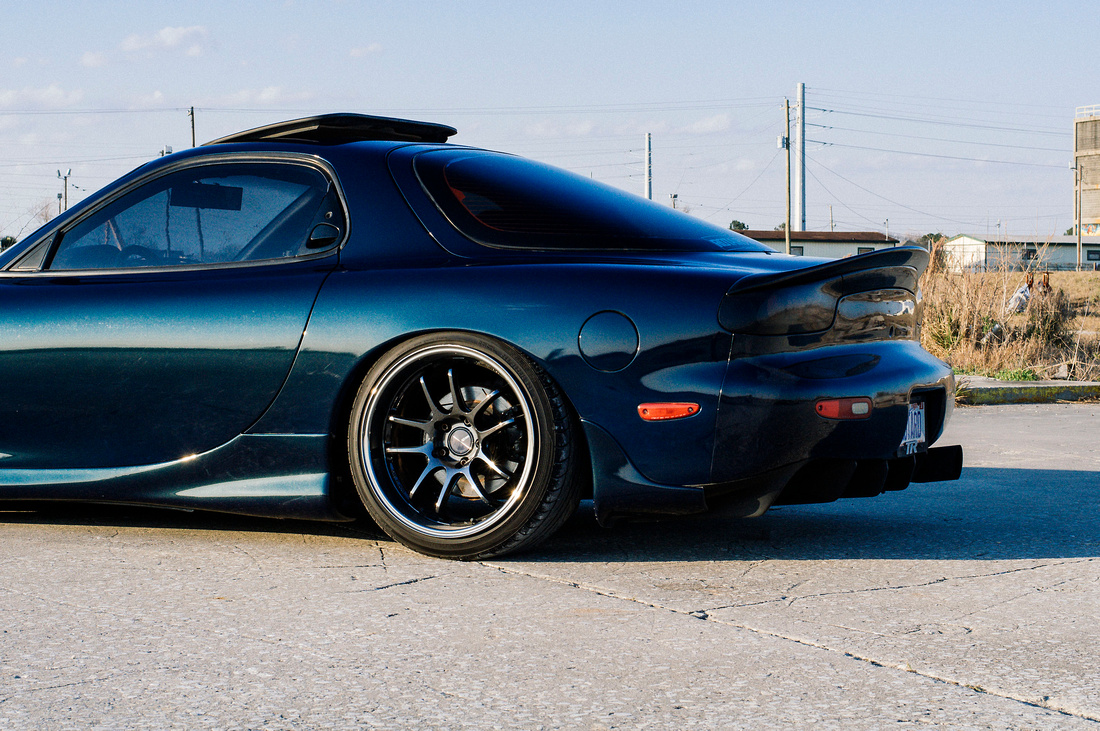 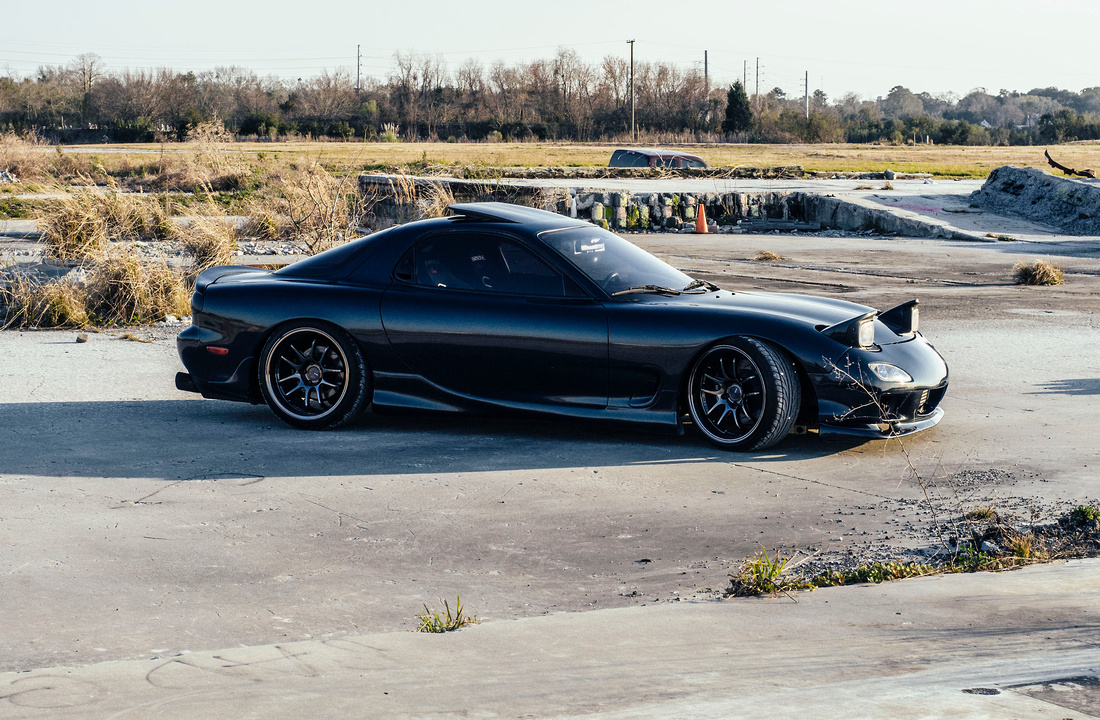 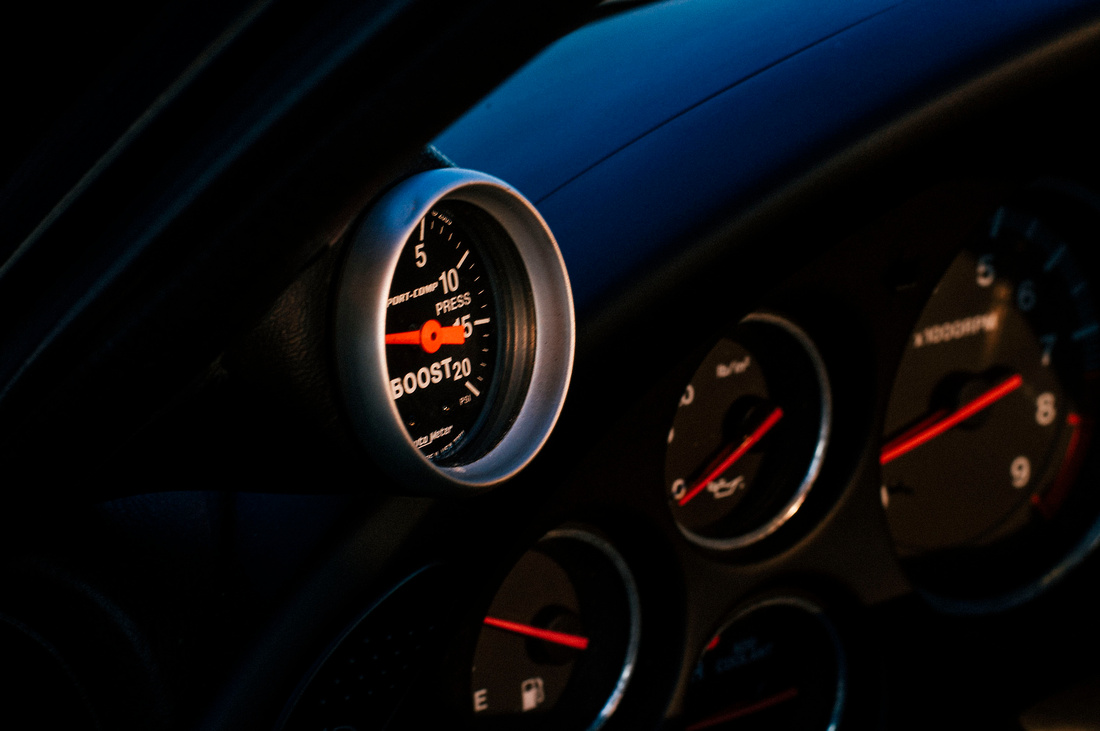 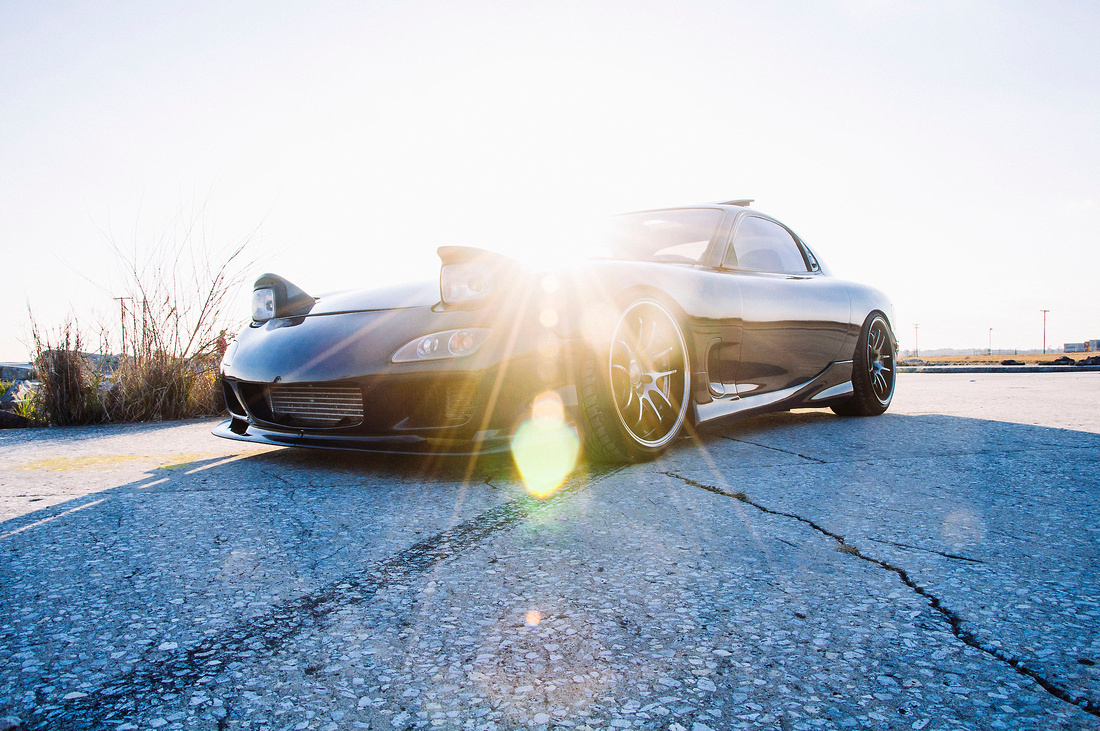 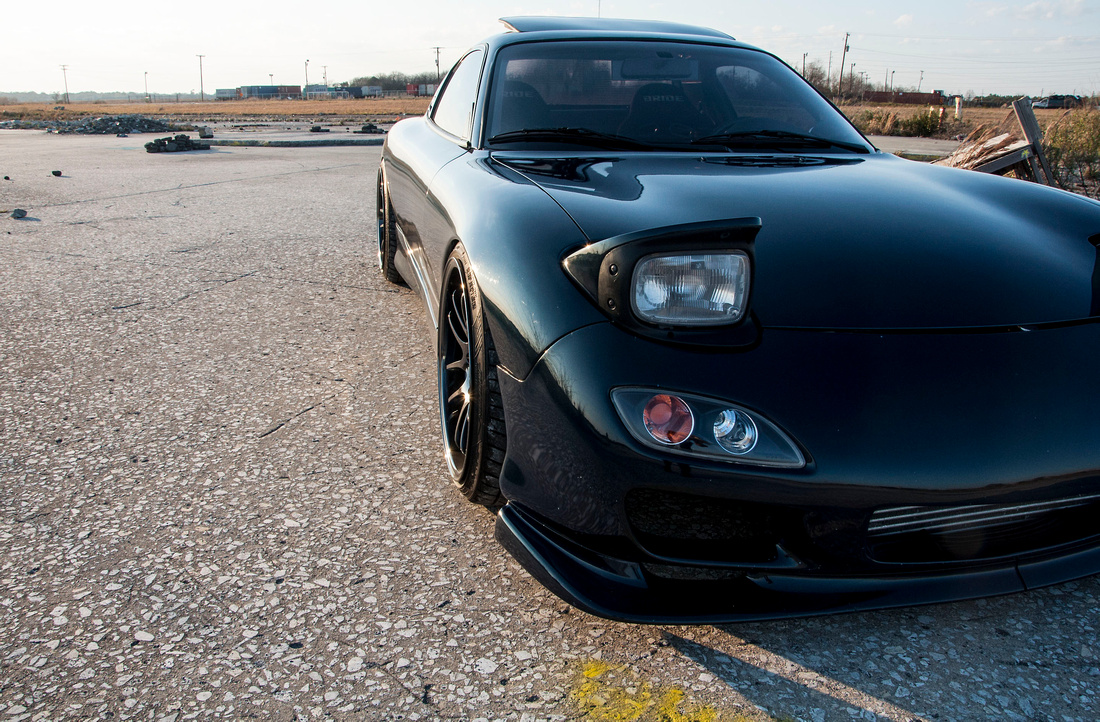 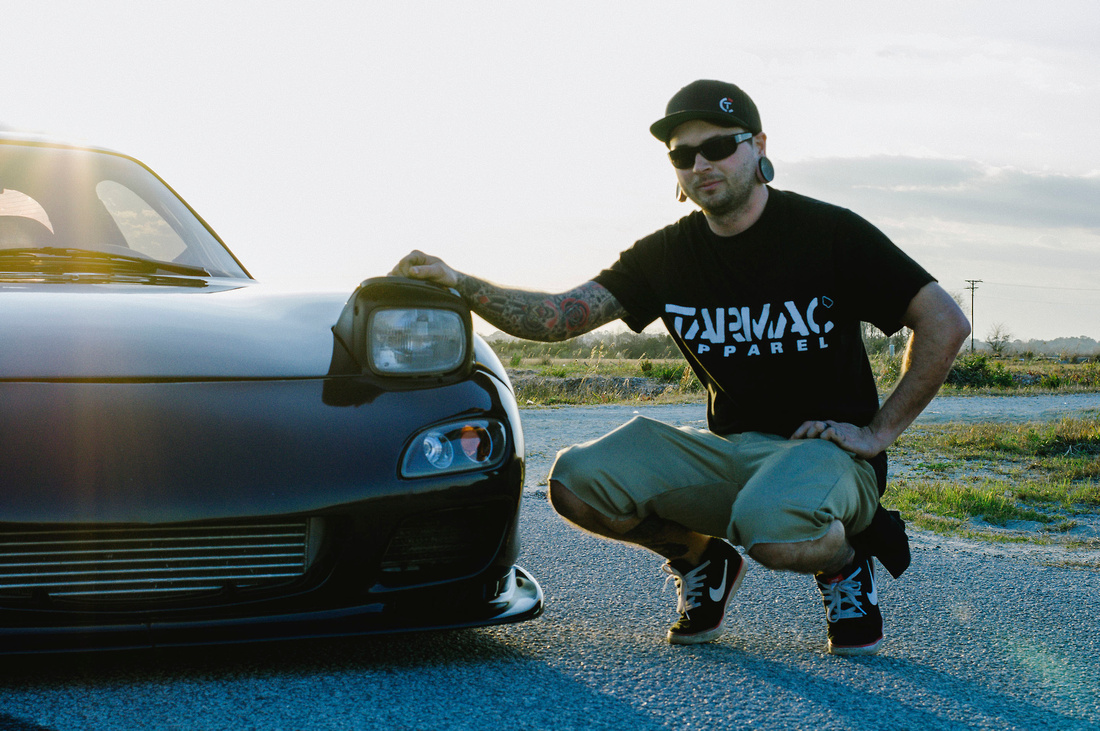 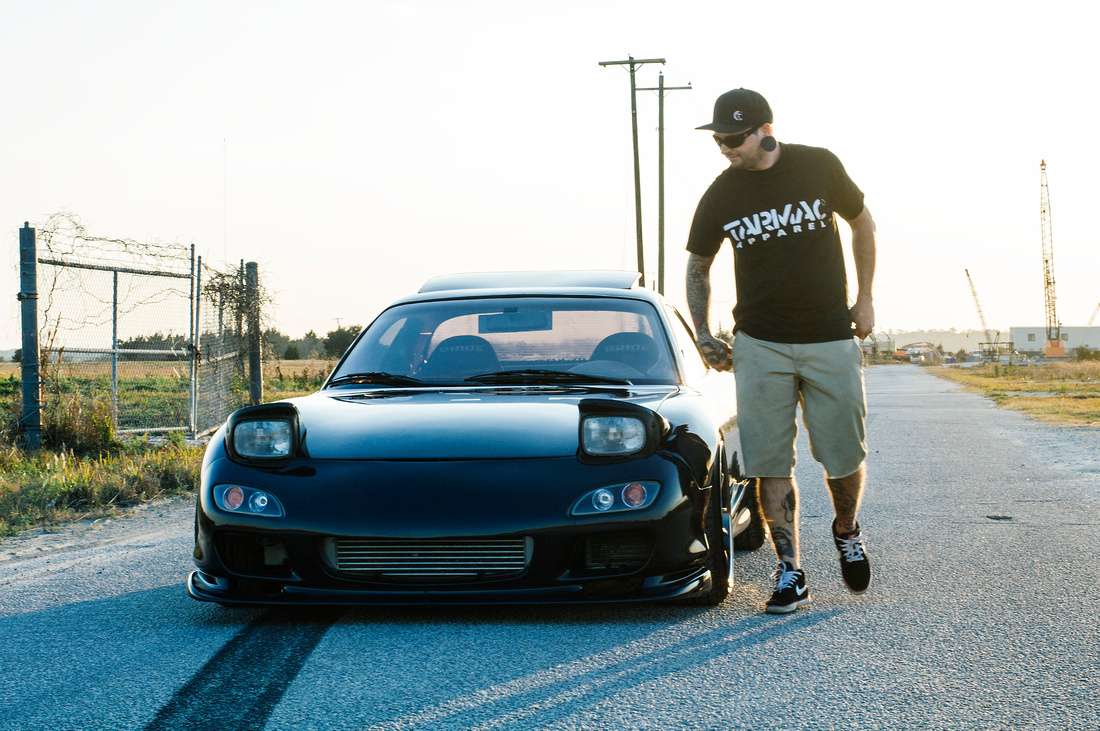 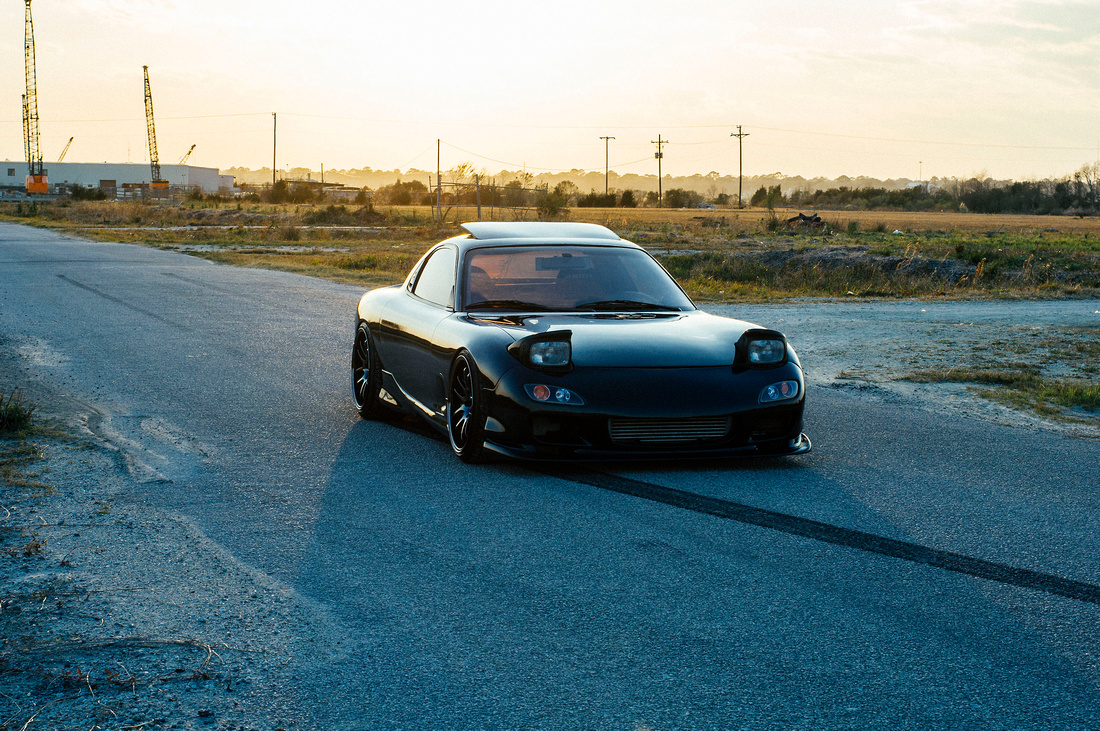